NADI, FIJI – In conversations about climate change, gender is not always considered.

In February 2018, the Government of the Republic of Fiji and the National Adaptation Plan (NAP) Global Network co-hosted workshops to emphasize why gender needs to be integrated into climate change planning and action.

Angie Dazé from the International Institute for Sustainable Development and Maritza Ivonne Yupanqui Valderrama—Director General of Peru’s Department of Gender Mainstreaming from the Ministry of Women and Vulnerable Population—sat down to talk about integrating gender into NAP processes.

Angie Dazé (AD): Ivonne, thank you so much for sharing Peru’s experience with us today. First of all, why do you think it’s important to integrate gender considerations into the NAP process? 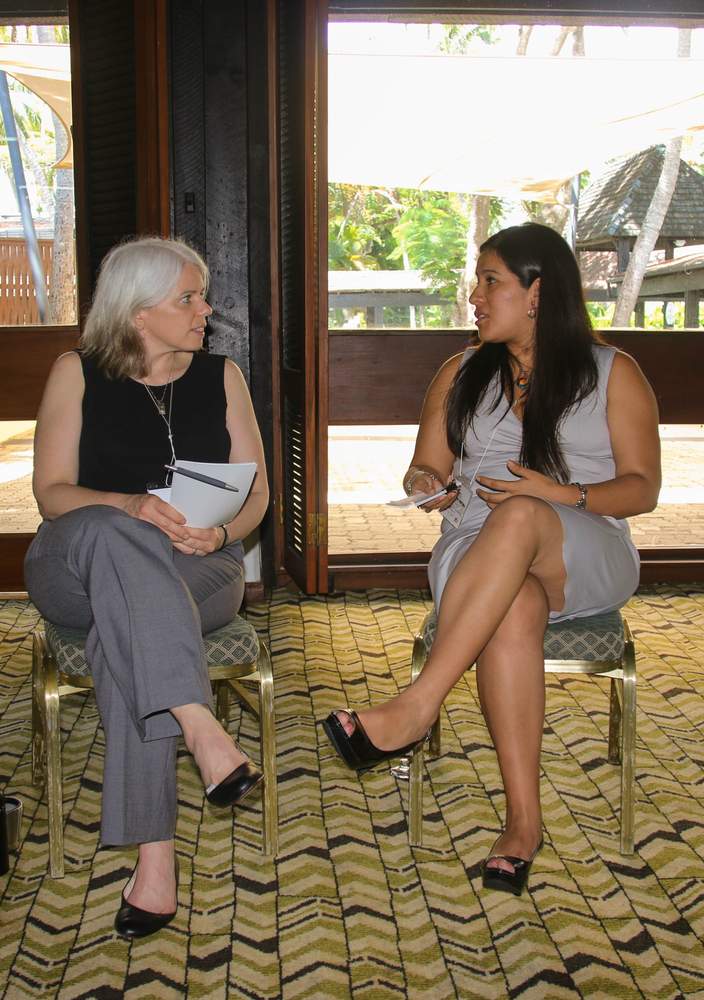 Ivonne Yupanqui Valderrama (IV): I want to start by saying that gender mainstreaming is crucial for climate change adaptation, and we need to hear women's voices. Women have important proposals to make and we just have to be ready to listen and hear.

Gender is not only about a community of women, but it's also about considering the differences between men and women. We also heard this morning that climate change affects women, men, boys and girls differently. We need to understand these effects so we can help the different groups to adapt.

For example, women are characteristically the guardians of ancestral knowledge and we need to consider it, as it plays a preponderant role in adaptation to climate change. In Peru, we have more than 47 native languages, and women are typically the guardians of that knowledge. Mostly men are the ones who speak Spanish, not the women. So when you send someone into communities to talk about climate change or adaptation, and it’s already difficult to talk about gender mainstreaming in adaptation, it will be even more difficult to find someone who speaks their native language and that would be able to communicate with women and consider ancestral knowledge.

The sexual division of labour needs to be considered also, among other aspects. Men, for the majority, go into town or the urban centres to work—but if you have an activity that is dominated by men (like fishing), you have to ask “Where are the women?” Because perhaps they are not going fishing, but maybe they are selling the fish in their communities or taking care of the children. These issues play a role in adaptation planning, and I think this is important to remember when we are pursuing our NAP processes. 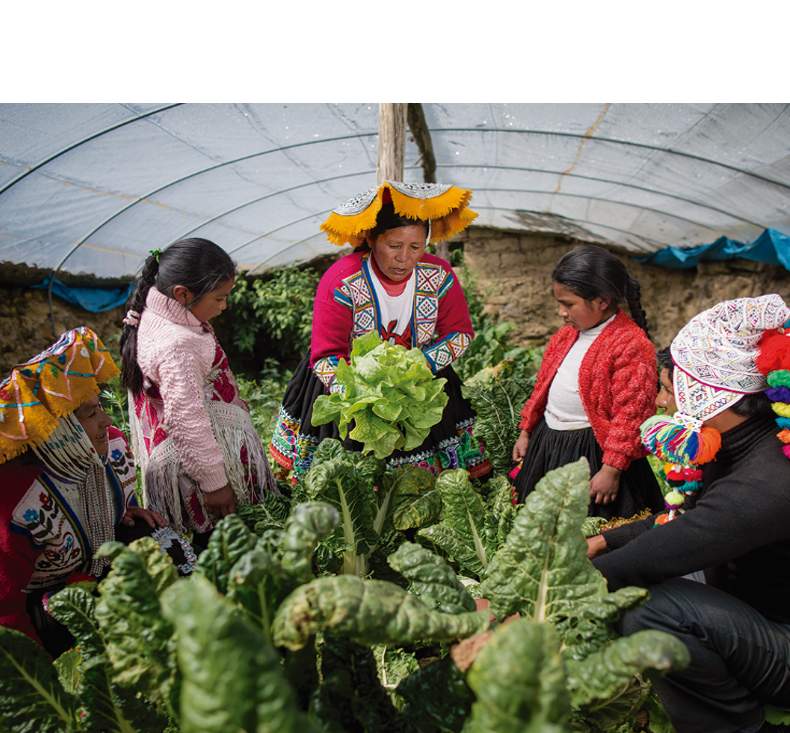 Lastly, I want to emphasize that climate change adaptation can be an opportunity to close gender gaps, but [there is a risk that] it can also widen those gaps. So it's important to consider gender in our monitoring and evaluation systems.

Gender-sensitive adaptation can help to make more efficient public policies and results in adaptation. It is important to remember this: each dollar invested in women has far-reaching development implications.

Elsa Patricia Galarza Contreras, Peru’s Minister of the Environment, speaks to the press about the Government of Peru’s response to help those affected by flooding. Photo: MINAM Peru

AD: I understand that Peru has recently finished an action plan on gender and climate change, and I think this is quite an innovative step. Could you tell us more about this plan? 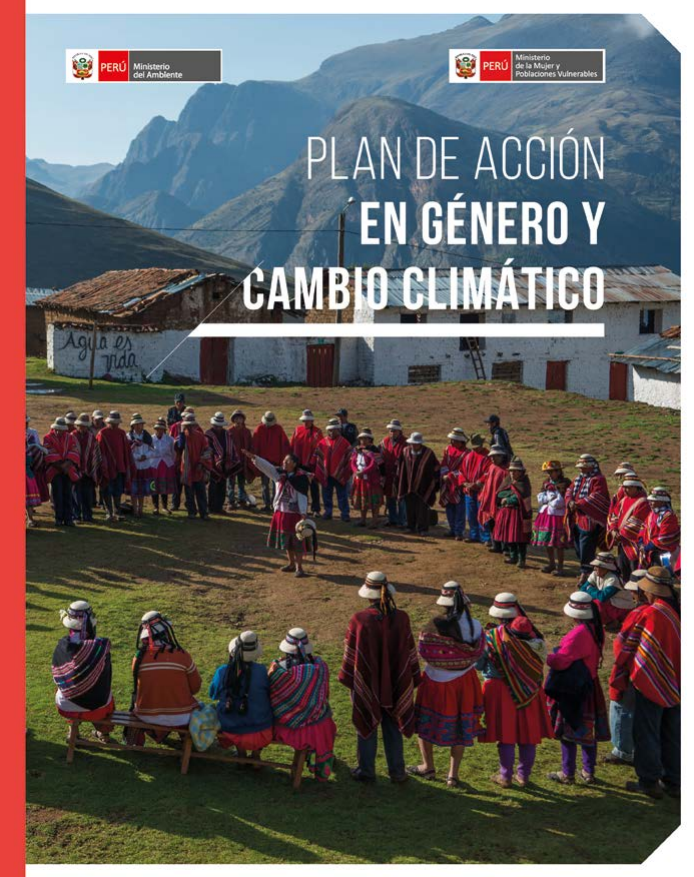 IV: Yes. We are the first country in Latin America with such a plan. The plan took one year to be prepared, and it was developed through public consultations through regional workshops. So we tried to be very open and transparent, so we can hear everyone's voice, including women and other marginalized groups.

Gender is very much an issue in our country and especially for the Ministry of Women and Vulnerable Population, because we have several plans that integrate gender. For example, we also have the Gender Equality National Plan, which has a strategic objective that states that public policy must value the contribution of women in the sustainable management of natural resources. So we've been working a lot on gender mainstreaming.

AD: So you have this overarching action plan, and now you're working on a NAP and the adaptation component of Peru’s Nationally Intended Contribution (NDC). I was wondering if you could give us a couple of examples of concrete things that you've been doing—or that you plan to do—to integrate gender into the NAP process?

IV: We have done some training for the ministries, and we prepared an easy-to-use matrix with criteria to make the gender mainstreaming more complete. It has 14 questions to ensure that gender is integrated into the implementation of the adaptation plan. 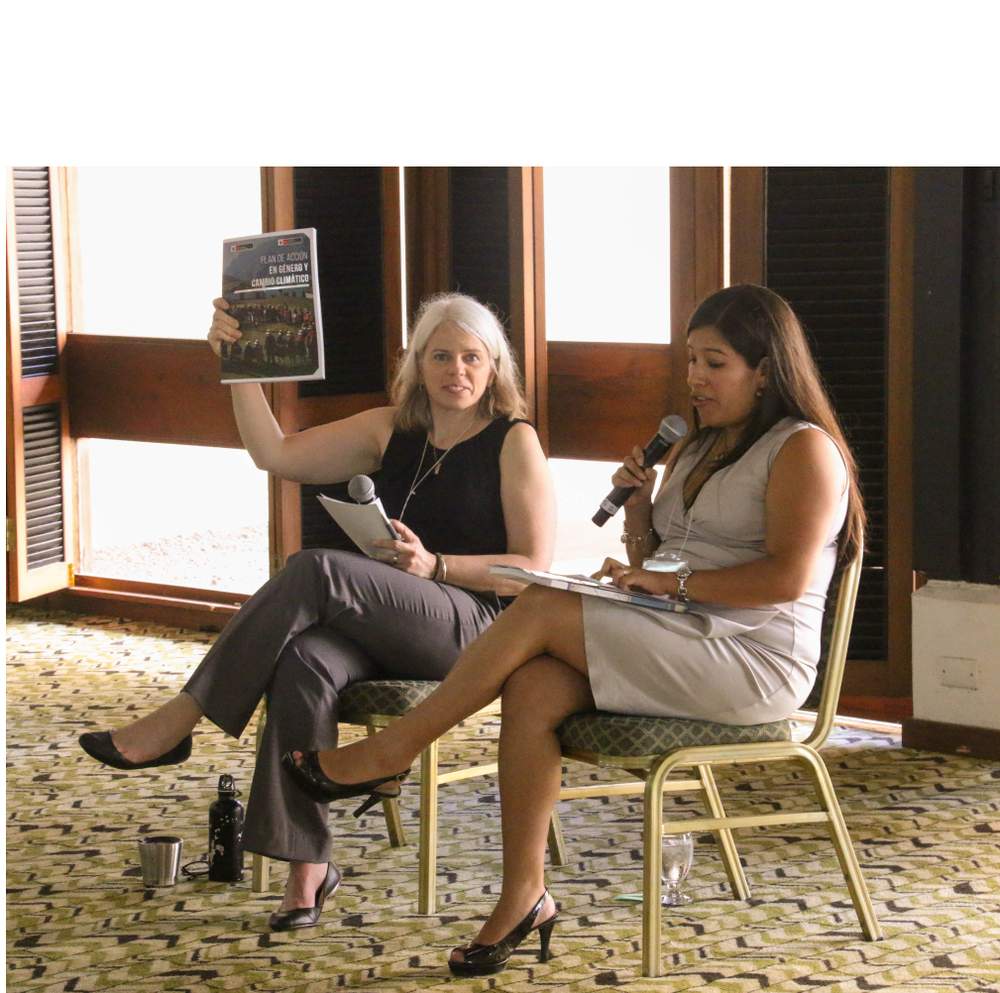 Regarding the training that our line ministries are implementing on resource management issues, women are participating. In these instances, more than 30 per cent of the participants are women.

Then we have some projects with Indigenous women to learn about ancestral knowledge. We have developed a publication that has several examples of how they manage the ancestral knowledge. For example, they say when Shimicua, a native plant, is red, it announces flooding.

Women's traditional practices are instrumental to the NAP and NDC processes.

Another example is about disaster risk management. We have the El Niño phenomenon in Peru, which can cause extreme weather, flooding, and destruction. After some severe effects in the 2015 season, in 2016 we worked on masculinity issues with men from affected communities. We were able to reduce violence against women within these communities, and beyond that, improved the balance in the division of labour.

With these examples, I'd like to say that climate change impacts and adaptation provide an opportunity to expose gender gaps and to work with men and women to close them. Because gender is not only about women. It's about inequality, and we have to work with men too.

AD: It's really great to hear very concrete examples based on this overarching plan, but as we know this is a journey, and despite progress, we are also in the middle of the learning process. I was just wondering if you could share a few closing ideas that you'd like the participants to take away, based on your experience so far?

First, that climate change adaptation is an opportunity to close gender gaps.

The second one is that women are agents of change, and we have to hear their voices.

Third, it is useful and important to have an official plan approved at the highest level because it demonstrates commitment to move these issues forward. 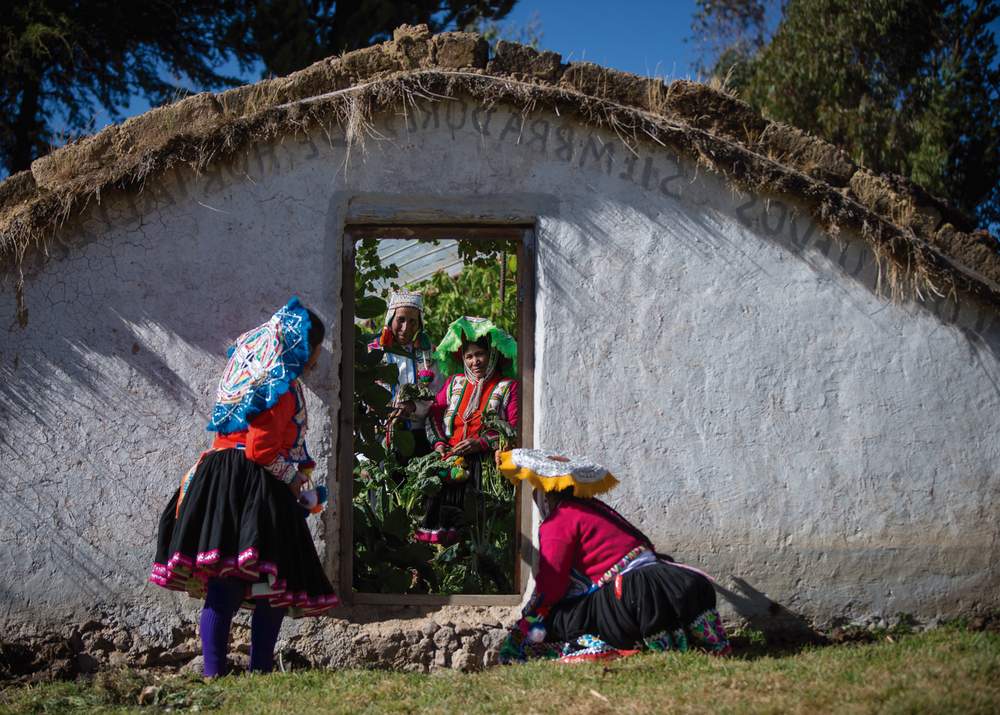